It was about 9:30pm on Friday, 6/29 and I had no clue where I was going to run the next day.  I wanted to go long, but being one week post-SJS, I was worried about biting off more than I could chew.  I started to think staying close to home would be wise.

But then I had the overwhelming thought of how precious these summer weekends are for trail running in the high country and didn't want to miss an opportunity for an adventure.  That's when the idea for a Buchanan-Pawnee Pass Loop was born.  I've had this run on my list for several years.  I scrambled to get my gear together and hit the sack for a 2:40am wake up!

I was parked at the Long Lake trailhead by 4:45am and began my run at 5am.  The first half mile was on the road over to the Mitchell Lake trailhead.  I decided to run the loop in the counter-clockwise direction as to avoid the long traverse across Mt. Audobon as the temps rose.  I don't think it would have mattered much.

Prior to stepping on the trail, I read a sign that indicated mountain lions have been spotted in the area.  If that doesn't get your blood pumping when there's barely enough light to see the trail, I'm not sure anything would. 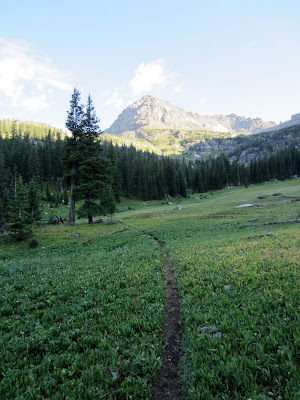 Once I made it down to the intersection with the Cascade Creek trail, I began running southeast and the Tour de Waterfalls began.  It really is an impressive stretch of trail to run. 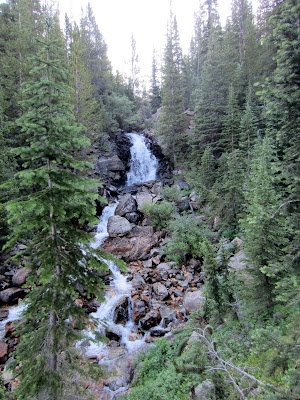 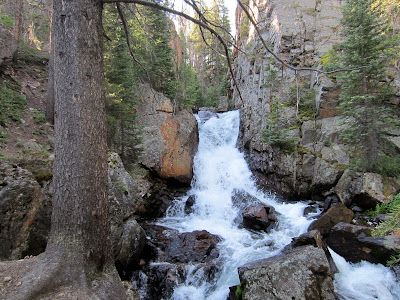 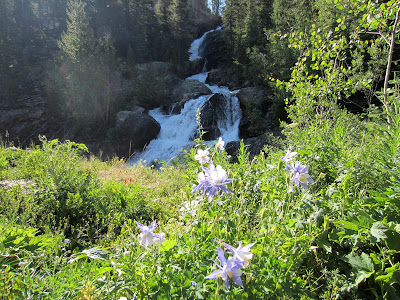 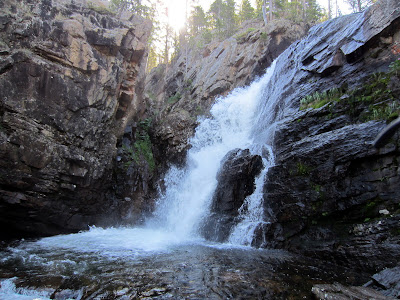 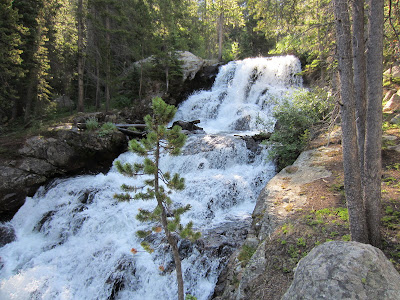 I took my first extended break once I arrived at Pawnee Lake.  There was a slight breeze that caused ripples on the water.  Every few minutes, I'd catch a break and all would be still.  I refilled my empty bottles and enjoyed two Honey Stinger Waffles.  Quite honesty, if it wasn't for a few pesky mosquitos, I might still be there now. 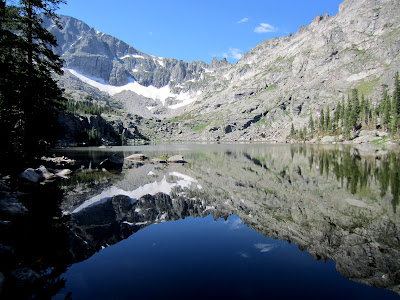 I would have enjoyed the final stretch more if it wasn't for the masses of people I encountered.  Prior to reaching Pawnee Pass, I met ONE backpacker in the first 21 miles.  I probably passed by no less than 75 people in the final five miles.  It was a beautiful day for a hike, so I think it's great so many were out enjoying the Peaks.  It just made for a difficult time getting into a rhythm.

Not much else to say that the pictures haven't captured.  This was the most scenic run I've ever been on.  I felt great most of the day and was so glad I got out there versus staying close to home.  I'll have all winter to do that.
Posted by Woody at 9:49 PM