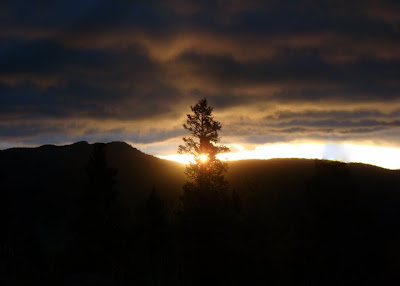 Sunrises are one of the main reasons why I drag myself out of bed and strap on the shoes most mornings. I was quite comfortable in my sleeping bag when I looked at my watch and saw it was 5:00 a.m. Despite coming up with several good reasons to go back to sleep, I was out on the trail about 20 minutes later. The overcast skies had me thinking it would be a long time before the sun made an appearance, but I was treated to a brief glimpse that was incredible. 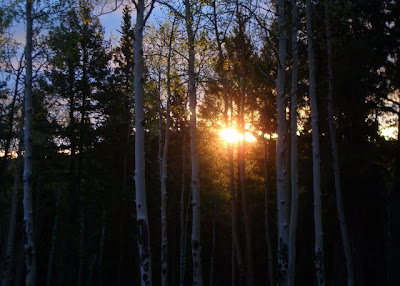 Sunday's run was in the south eastern section of the park. The trail map gave no indication of elevation gain/loss, so I planned about a 10 mile run and hoped for mellow elevation changes so my tired legs could just cruise. No such luck. I started laughing after awhile because I would encounter one crazy incline/decline after another. None of them lasted all that long, but they were steep and either forced me into a slow hike up, or fearing for my feet to slip out from under me as I navigated the gravel slide down. 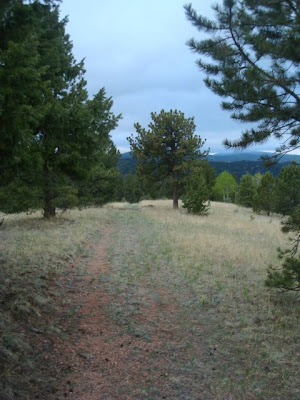 The trails at Mueller are predominantly fire road. They're non-technical, nice to run on, and many are covered with grass. I gather they get more activity from animals than people.
I went about 11.1 miles in 1:53 with about 1600' of elevation.
This run capped off a great week of running. With my run today back at home, I set a monthly PR with 300 miles in May. June won't get that high as I'm lowering my mileage this week in order to compete in a sprint triathlon next Saturday. I also need to focus on shorter midweek runs in order to gear up for a longer weekend run.
Posted by Woody at 10:12 AM