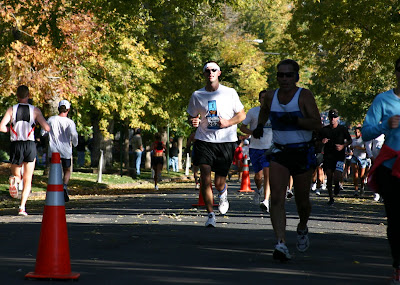 My least favorite moment? About an hour after the race, I carried Megan on my shoulders as we walked several blocks to my car. Normally, carrying her 30+ lb. frame isn't a big deal, but after a 13 mile run...it felt like I had 100 lbs on my shoulders.
Posted by Woody at 2:15 PM