Last night was a doozy. The campfire I sat around was the perfect ending to my day.  But the rain and lightening storm in the middle of the night wasn't a welcome start to the next one. For a solid hour straight, lightning flashed and thunder clapped all around me. I felt very vulnerable in my little tent and proceeded to lie in a fetal position praying for it to pass. I slept very little due to restless legs, drinking two glasses of Coke at 2pm, and the storms.

This day (aside from the storm) started out great and ended a little bit like a nightmare. I had only 15-20 miles on tap, so I slept later and enjoyed a leisurely morning around the campsite. This morning after the storm was all about drying out. Everything was drenched. The biggest bummer by far was realizing I had not packed enough coffee! I was two packets of instant coffee short. This meant only 1 cup each of the last two mornings. And if there was ever a morning I really needed two cups, today was it.

Once I hit the trail, my pace was half of what it had been the days before. Maybe building fatigue?  Maybe still emotionally drained from the storms the night before?  Maybe knowing I had less miles to cover?  Maybe sad to see the trip almost over?  Maybe one less cup of java than what I'm used to? Whatever it was, after many hours I had only covered 7-8 miles and realized I need to pick it up if I was going to hit 20. 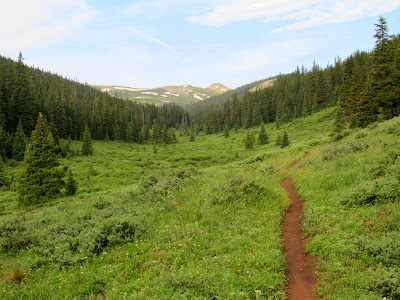 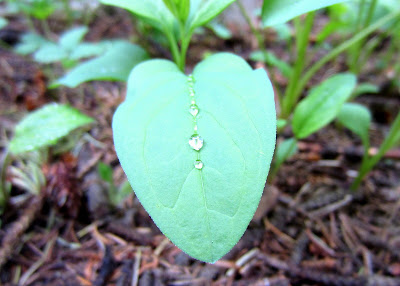 Oh but those first few miles were amazing! The climb to Searles Pass, and above treeline traverse to Kokomo Pass - was simply stunning scenery that I never knew existed back there.  I passed one hiker all morning and was completely alone until almost Camp Hale.

Once I crested Searle Pass, the view to the east was phenomenal….the road to Leadville, Mayflower Gulch, and the whole Ten Mile Range.  A highlight was the elk herd seen high, high up on the very steep and green slope of Jacque Peak. I continued to putter along over to Kokomo Pass which is a couple miles all above treeline. Breathtaking. 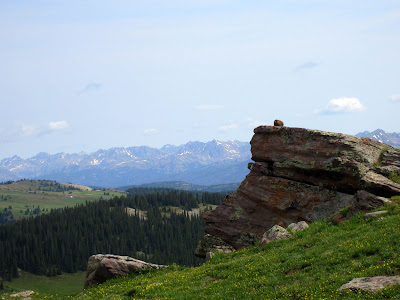 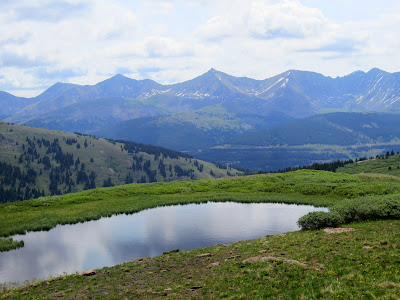 Once at Kokomo, I stopped for a quick lunch. It was cold and windy, and I was a little concerned about the darkening clouds. I didn't need to be as they just floated along and the sun kept the heat on. 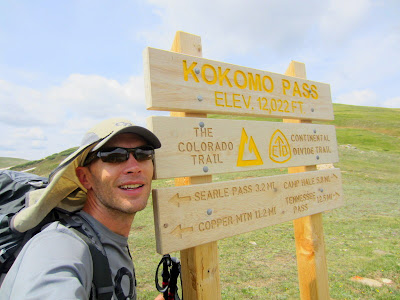 The part of Camp Hale I saw was nothing to write home about. Thankfully it rained for about 10-15 minutes, so there was some relief. The best part about Camp Hale is the sheep. They’re everywhere! Such an odd thing to find hundreds upon hundreds of sheep roaming everywhere...with “Baaaaas” echoing in your ears.


I came to the river crossing that marks the beginning of the Tennessee Pass climb and greeted two hikers, Cruise & Shiloh, who I passed back on segment 7. They were just starting up again after a break so we chatted for awhile as we hiked.  So as to not have that awkward leapfrogging as we continued hiking, I said farewell and turned on the jets to create some distance between us. As I climbed, I formulated my plan to stop and camp at Tennessee Pass. About five miles before the pass, I crossed Highway 24 and entered a long meadow. Not much relief from the hot sun found here.

Following that was a couple miles on a jeep road. I was fading fast. The sun and fatigue had me hiking on fumes and I wanted to stop. I noticed though that the terrain didn’t look like there would be great camping options. So the decision was made to find a bench (and shade) at the pass parking lot and make dinner. Then I’d hike a bit more to find a sweet campsite.

On Tennessee Pass, there were no benches, tables, or cell service - but there were mosquitoes! Gobs of them. Making my bag of chicken teriyaki was miserable as I got bit by those nasty buggers. At that point, eating on the go was my only option so I packed up and off I went down the trail. The mosquito situation did not improve. The one bright spot was coming upon Trail Magic and finding nutty bars in the cooler. I finally indulged!


Despite the setting sun, the heat and mosquitoes remained in the dry, thick forest. Two more miles and no campsites. I finally had to stop and put pants and a long sleeve shirt on. My skin-friendly bug spray did not work at all. I was getting desperate for relief, so I stopped at a creek to fill my bottles so I could stop at the next campsite regardless of water. At any point in time during the fill up, I had 10-20 mosquitoes on me with their needles poking through my shirt and into my skin. My panic to fill fast was intense. I bolted out of there when finished and continued my campsite pursuit. Nothing for miles. Finally I dropped into a gulch just before the Holy Cross Wilderness and setup camp here next to a marsh. Go figure - more mosquitoes, but I realized there was nowhere I could go to get away from them. I hung out in my tent for awhile giving myself a wet wipe bath before hanging my food and crashing. I had hiked over six more miles than the 20 I thought would be my max, I'm toast.  Despite all the adversity, I'm still loving this experience.