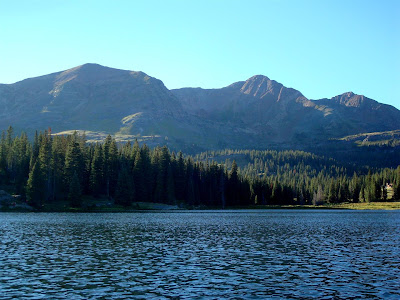 Ruby Peak - Mt. Owen - Purple Peak (as seen from Lake Irwin)
We spent the holiday weekend camping at Lake Irwin near Crested Butte. The campground is situated at about 10,200' right below the start of the Ruby Range. Ruby Peak (12,641'), Mt. Owen (13,058'), and Purple Peak (12,753') are the three mountains that form the dramatic backdrop of this scenic spot.
Prior to our trip, I had researched the route to get to the top of Ruby & Owen. I knew I could leave from the campground, but didn't know exactly how far it was. I figured there would be a trail map at the campground/trailhead. No go. I then figured I'd get more information from the campground host. Again, no go. The host was a single lady whose first day on the job was the day before our arrival.
On Saturday morning, I slept right through my alarm and scrambled to get going about an hour late. I cruised up a jeep road for about three miles. When I got to treeline, the jeep road forks and the trail to the saddle between Ruby and Owen begins. 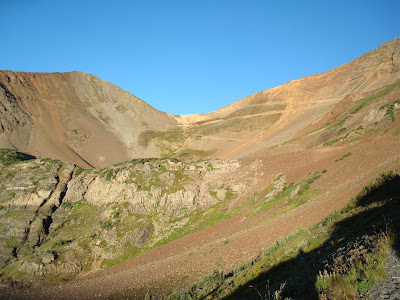 Beginning of the switchbacks
From here it is a few long switch backs filled with scree and talus as you rise above Green Lake and hit the saddle. From the saddle, I began my ascent of Ruby. It was steep and the trail (if you could call it one) involved all "hands on the knees" hiking. The good part about making a straight shot to the summit is that the climb is over quickly. I think I was up and down in about 20 minutes. 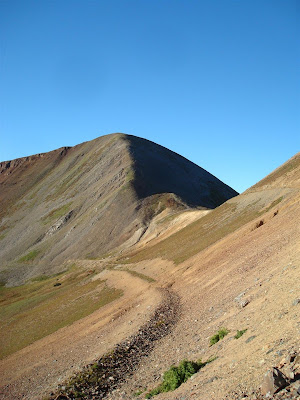 Approaching the saddle and quick shot up Ruby 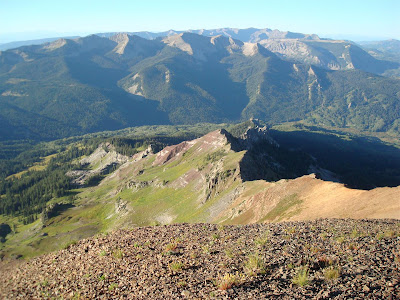 Looking south from Ruby's summit at the Grand Dyke 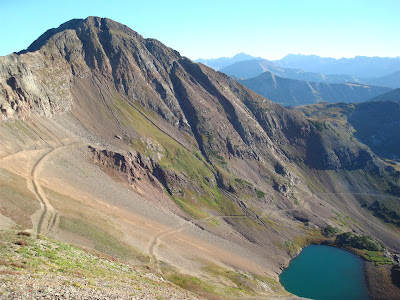 Looking north from Ruby's summit at Mt. Owen & Green Lake (good name for it eh?)
Back in the saddle, I began my ascent of Owen. The ridge to Owen has about three false summits. The initial climb is covered with loose soil & scree which wasn't too bad going up....but coming back down?? Ugh. 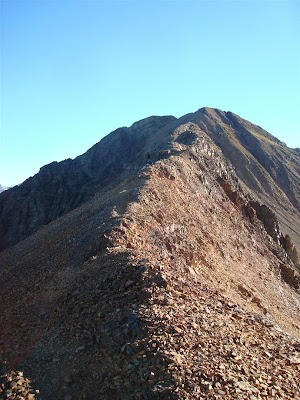 The beginning of the ridge to Owen. The summit is the one to the left.
The ridge was exposed and windy. Not much opportunity to run up there as the rocky mess was slow going and the wind gusts came without warning. The wind wasn't really a problem this day, but what a difference a day makes as the intensity cranked up many notches on Sunday. 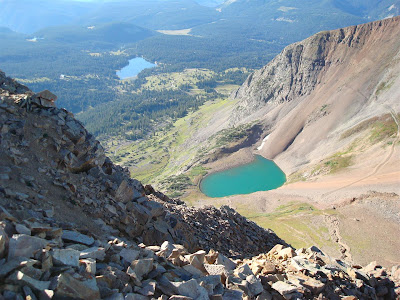 Looking back at Green Lake and Lake Irwin 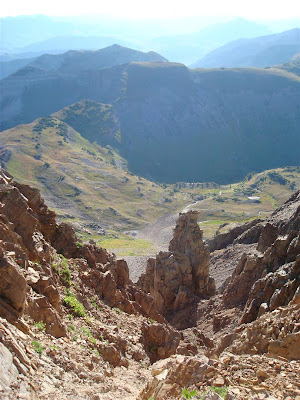 Interesting rock formation
The summit of Owen is fairly small, but I found a perfect spot out of the wind to sit and soak in the view for 10-15 minutes. I scouted out Purple Peak for my return trip the next day. 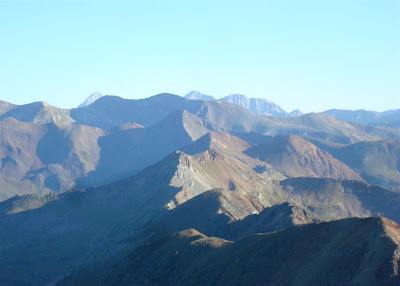 From Owen's summit looking north along the rest of the Ruby Range. Capitol Peak and Snowmass Mtn are poking their heads out 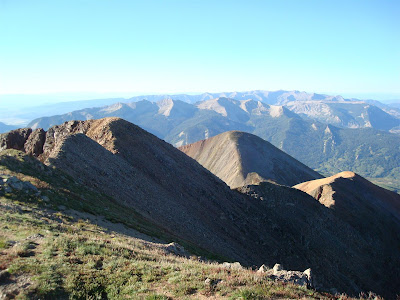 From Owen's summit looking south at Ruby
I descended the same route without much excitement. My totals were 10.5 miles in 2:33 with about 3400' of elevation. 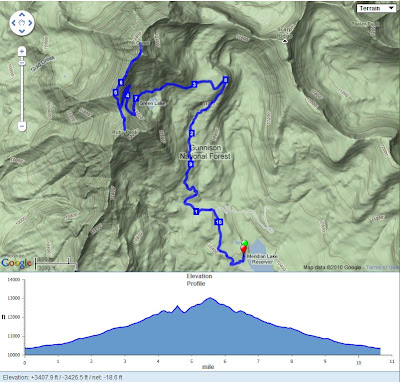 Here's a quick video from the summit of Mt. Owen.