I got over the Deer Creek Canyon on Sunday afternoon for a completely refreshing run.  It was exactly what I needed after months on the same trails.  For the first 45 minutes, I couldn't stop asking myself why it has been 8 months since I've last driven the 20 minutes to run here!  I'm seriously considering committing to a weekly morning run at Deer Creek (and/or Mt. Falcon) this spring & summer.  I can probably get in 12-14 miles before work.

There was a nice mixture of snow & dry dirt to run on as shown by my pics below.  While the few lookouts over the plains were nice, I really found the most enjoyment running in the trees.  Once you get the initial climb over with, there's some splendid singletrack that is nothing but rolling fun.  With about 3 miles to go, I passed a guy (Todd Butler) for the second time.  We stopped and talked as he asked if I was running out in Moab next month.  It appears we both are, so it was nice to talk running ultras for a bit.  After about 10 minutes, I started getting the chills with the wind picking up, so we parted ways and I cruised back down to the parking lot. 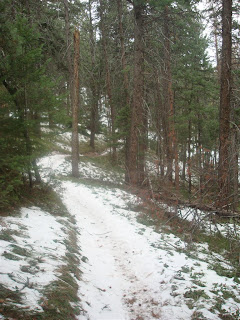 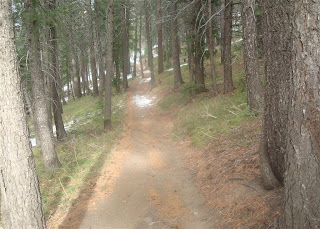 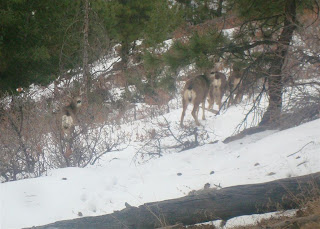