On our final day in Maui, I drove to the closest trail I could find for one last run.  The Lahaina Pali trail was still about 20 miles away, but not nearly as far as Haleakala.
The LP trail goes up and over the southern tip of the West Maui mountains.  It was built in the 1800's and was the primary route to pass from the West into Central Maui.  The sign below provides more details that I won't regurgitate. 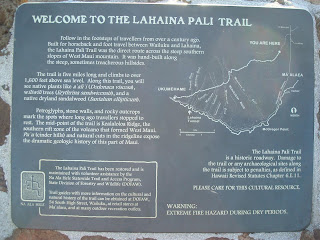 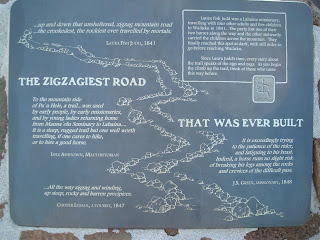 I said in my previous post that I gave this run a 5/10.  That really isn't fair.  It's just that Haleakala was so incredible, that even a low-key, beautiful trail like this felt second or third tier.  But give me this run on any normal day, and I'd probably up it 9/10.  It's a short (10 mi.), but tough run.  Straight up 1600' in 2.5 miles, then straight down 1400' in 2.5 miles.  Turn around and head back over the same.
What makes this run tough are the rocks.  Do you sense a pattern to the runs I do?  I seem to be a magnet for rocky, nasty trails.  More on that later. 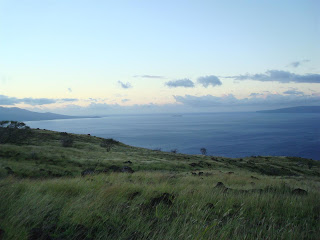 I got started before sunrise and had stellar views of the island crater of Molokai and the island of Kahoolawe. There was a stiff wind which actually felt refreshing. 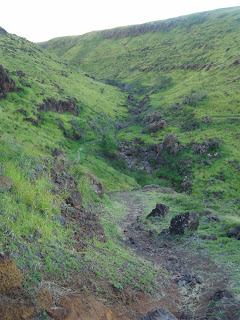 I wound through several gulches as I made my way to the top of the ridge. 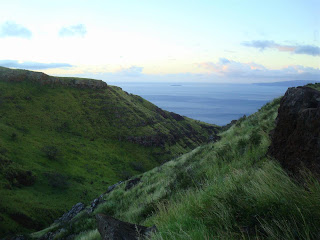 Looking down the gulch to the ocean. 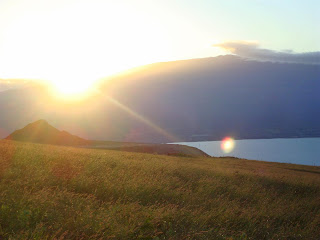 The sunrise over Haleakala. 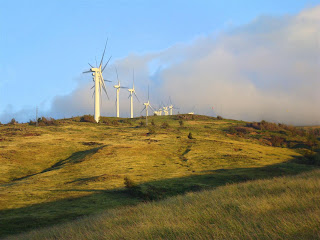 This is how you know you're at the top of the ridge.  The windmill farm.  They were cranking around, but I was far enough away that I couldn't hear anything.  What's lacking in this run is a true summit or destination aside from reaching the end of the trail on the other side.  I guess this could be it, but it doesn't really count since you hit the windmills so early into the run.
I bumped into three sets of hikers.  They all saw me running at them for at least a minute before we met.  Each one told me I was crazy to be running on this trail.  Why?  The rocks.  There are very few stretches of dirt.  It is one of the rockiest trails I've ever been on.  The evidence is presented below... 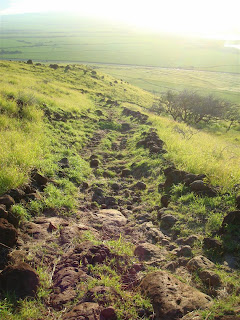 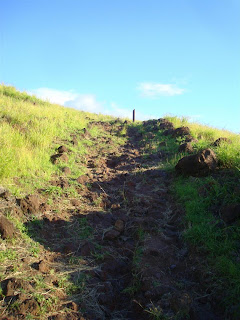 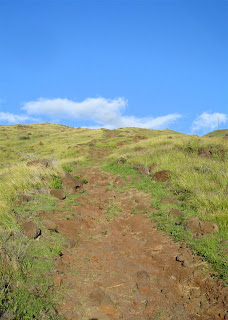 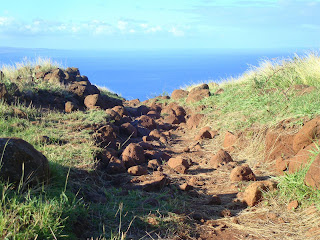 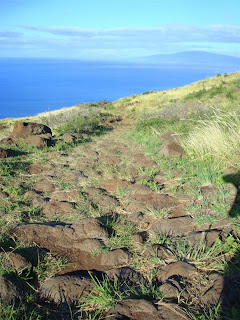 Exhibit E
Despite the rocks, I really enjoyed the run.  At one point during a nice downhill stretch, Will Smith's "Gettin Jiggy With It" came on my iPod.  You should have seen the dance moves I had to perform to maneuver on and around the rocks as gravity did its thing.  Arms flailing...legs shooting off in all directions...hips shaking.  If only I could bust them out on a dance floor, I'd be quite the show. 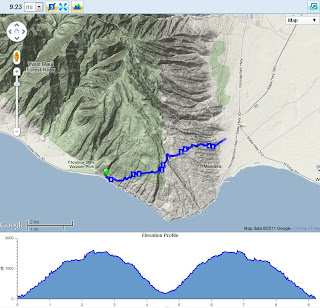